Peter Gardiner has a big personality and a heart to match it.

His larger than life presence and larrikin nature were a hit with students and staff at the VBC Community Centre for the six weeks he volunteered with us.

He provided classroom support to our teachers, sitting in on classes and helping to check work. 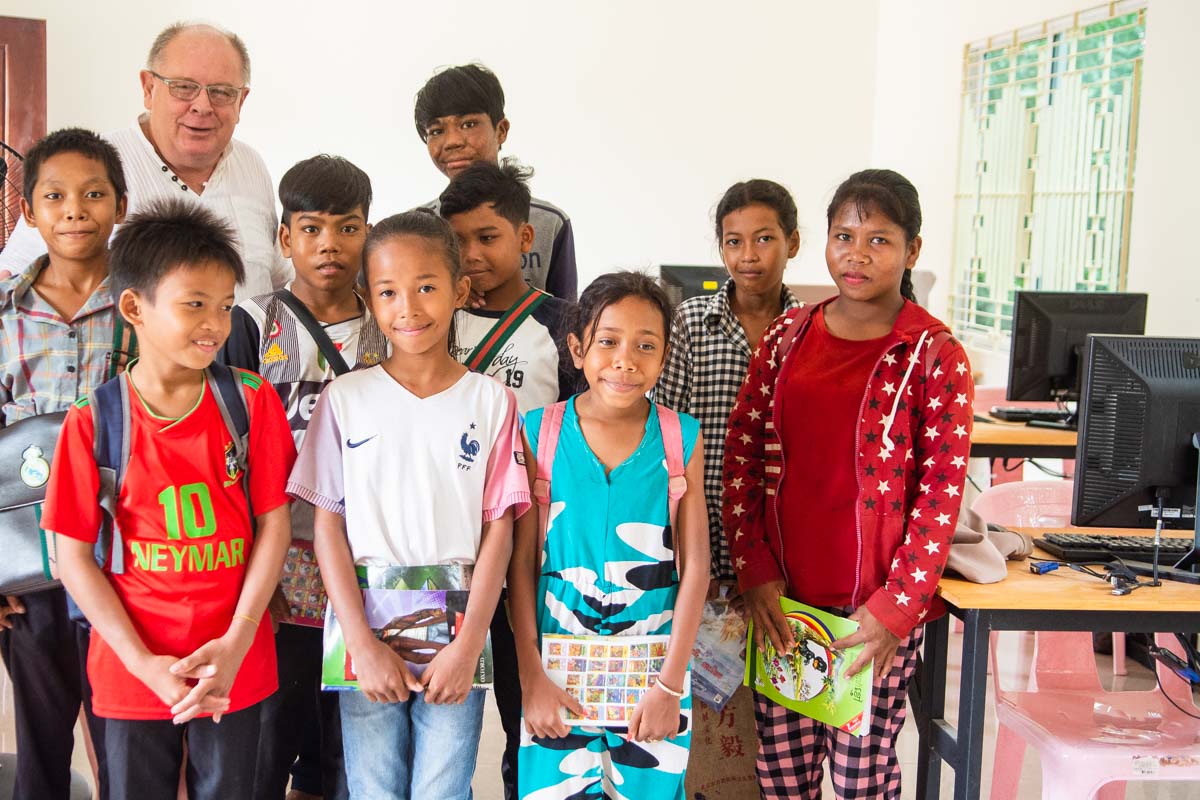 “I think the teachers are wonderful,” he says.

“I’m in their space and they’re welcoming me into their space. They’re eager to learn.”

He says their dedication to their work and their students is what really kept him there.

“They are great with the kids. They love the kids.”

But the enthusiasm and manners of the children were also winners for Peter.

“The kids are eager to learn. Incredibly polite. No attitude,” he says.

Although he also admits being a bit baffled – or inspired – by their honesty at play.

“We used to play knucklebones at school and they played with gravel. If that was me, I would have put extra stones in my pocket to make sure I won.”

It is an example of his cheeky nature and why he got along so well with our staff and students.

He is a man who is always giving, whether it is time or information or a listening ear and he is prepared to share his knowledge and skills with those who are interested.

The Catholic priest from Sydney, Australia has been a VBC supporter since 2016, when he brought a group of about 15 people, from the churches where he ministered, to build two houses.

“Loved it!” he exclaimed in his booming voice.

“Even in Sydney I do very little church work but most of my work is social outreach.” Peter says.

“I just enjoy working and being with people who are a) discarded by life b) overlooked by life.

“And the other thing is you learn from people like this simple joy – you learn most of our western culture is rubbish. We chase things, we chase stuff.”

He initially found VBC through searches on the internet and liked what VBC does.

“I feel that it provides a practical response to people’s needs. People need safe shelter and they provide it. It’s practical and simple.”

“I have very little skills on the tools but there’s a variety of work you can do and anyone can be involved.”

He wasn’t planning to come to Cambodia this year but VBC put a call out for volunteers and he said to his boss – “why don’t I go over and give them a hand?” And that’s exactly what happened – well, almost.

“I thought I was going to be on the tools and lose some weight,” he jokes.

But VBC founder, Sinn, had other ideas and suggested he help out at our school, VBCCC. So he took on the challenge and the majority of his time was spent supporting the teachers and students.

Discovering a home away from home

Peter is an avid photographer and videographer and took a lot of photos for VBCCC, as well as creating a selection of fabulous videos for VBC and the school.

One of the things he enjoyed the most at the school was Teacher Lida’s garden. The students made the garden as part of their class and everyone brought cuttings from home. 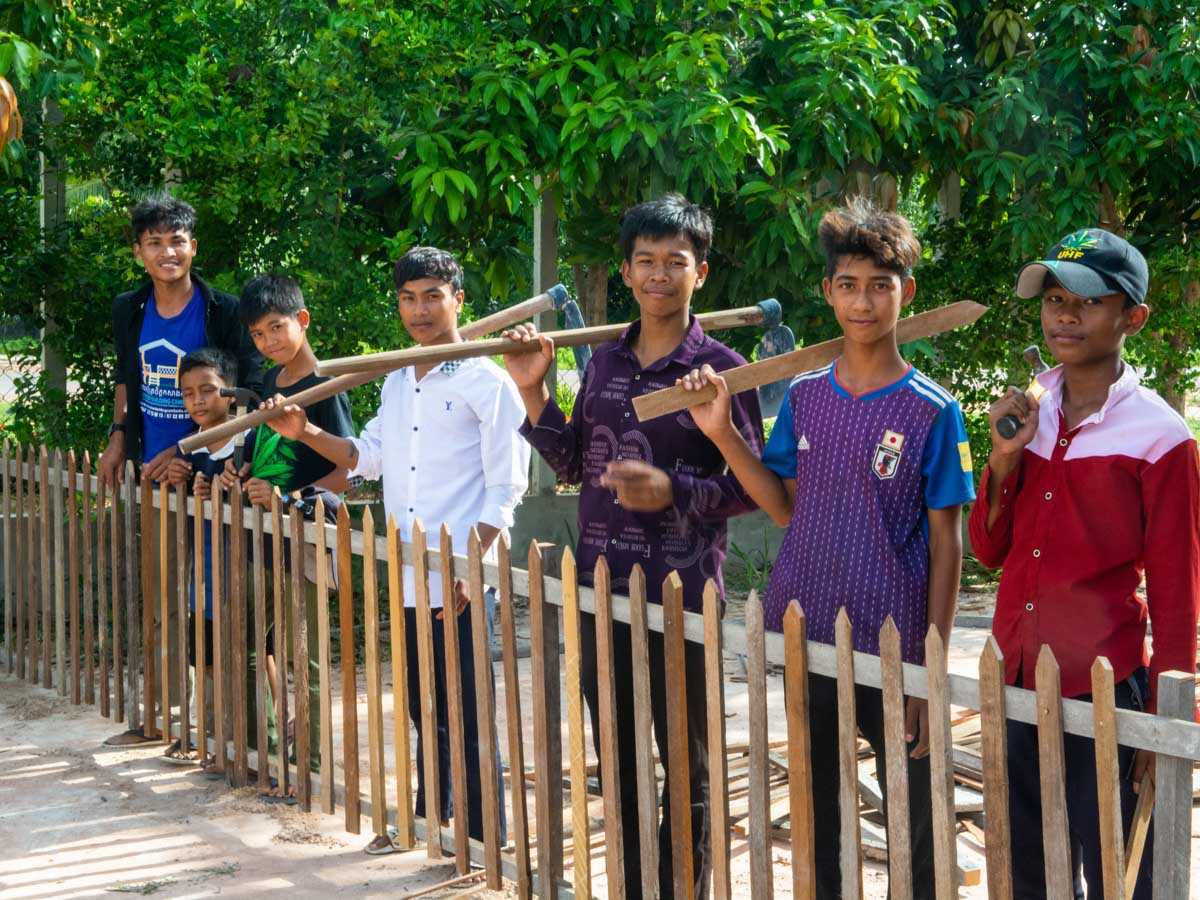 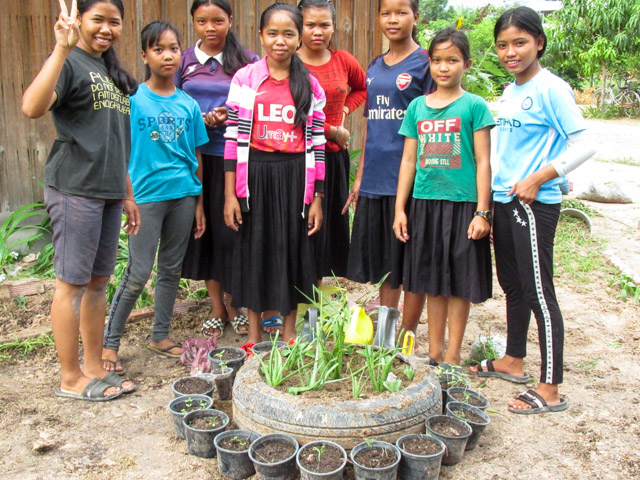 Some volunteers struggle with heat, some with language or food but Peter says his biggest challenge was time and trying to fit everything in.

“I didn’t realise it would be as time intensive as what it was. I’ve quite enjoyed it actually.”

Another challenge for long-term volunteers can be loneliness, especially when they come as individuals. Peter was glad of Enola’s friendship, which he says started as a friendship of convenience. But the two hit it off and became firm friends.

“I think the highlight is probably feeling at home,” he says.

“I’ve long ago given up the feeling that you come here to help people. You don’t. A strange land becomes a familiar home to you.”

Designed By The Web & Design Studio